What to expect when you’re expecting? Besides the obvious anticipation and excitement, parties, baby showers and gender reveal firework displays! If you are a parent who is lucky enough to find out the gender of your baby ahead of your due date and are looking for exciting ways to reveal this to your friends and family then look no further, why not reveal your baby’s gender with a firework.

Pink or blue fireworks for a gender reveal?

On our website we have an exciting pink and blue gender reveal firework package which includes two candles and two pro effect display cakes which erupt into pink or blue on ignition, we also have a gift wrapping option if you want to keep your baby’s gender a secret right up until ignition! Exciting hey? Perfect for getting everyone together to celebrate with all the pink and blue novelties and finishing your evening with a countdown and that big colourful burst of pink or blue.

Gender reveal fireworks in the UK

Fun fact, in the 19th Century boys were often dressed in pink and white and girls were dressed in white and blue because back then, pink was seen as the more masculine colour. This can be exhibited in a famous photograph of Queen Victoria in 1850 holding her third son, and seventh child, Prince Arthur, whom (even though the photos were black and white) was described in the history books as wearing pink and white. There were regular comments advising mothers that if they wanted their boys to grow up masculine to dress them in pink and if you want your girls to grow up feminine dress them in blue. This was said to be because in parts of Europe that blue was the supposedly the colour of the Virgin Mary’s outfit.

The ‘Business Insider’ published on 7th October 2017 in reference to the 19th Century gender colour specifications that “Pink was seen as a child-like version of the colour red which was considered masculine. It gradually started to change in the mid-20th Century and eventually by 1950, there was a huge advertising campaign by several advertising agencies pushing pink as an exclusively feminine colour and the change came very quickly at that point.” It was famously after World War Two that blue began to become identified at a ‘masculine’ colour and they flipped the colour identities. Mad huh? 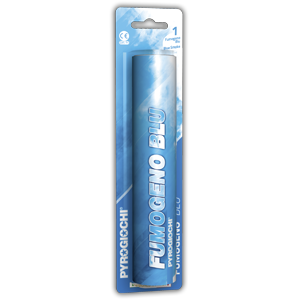 Following on from my ‘low-noise’ fireworks blog, however, if you would prefer to keep it quieter and more low-key and firework candles do not take your fancy, we offer a new exciting range of ‘coloured smokes’ which offer a non-toxic cloud of your chosen colour; pink, blue or otherwise.

Smokes are also becoming popular with wedding firework displays or for use during the wedding day as they have taken the photography market by storm offering some spectacular wedding photos surrounding the brides, grooms and guests with spoils of smoke to add some diversity and fun to those standard wedding photos, making them truly, a work of art.

Photographers also love the traditional sparkler, our 18 inch gold sparklers are a real hit amongst wedding crowds for sparkler tunnels that is upheld by the guests with the couple running through, sparklers to enjoy whilst the firework display is going on or sparklers for writing in the air which can be slowed down to see what it being written in photos. Magnificent! So, if you’re thinking low noise, low key or you just love a sparkler, it is a great addition to your wedding or party firework display.

Where to buy gender reveal fireworks?

Dynamic Fireworks has a wide range of gender reveal fireworks, both online as in store.

How much do gender reveal fireworks cost?