Everyone associates the creation of fireworks with the age-old story of Guy Fawkes and the infamous Gunpowder Plot to blow up the houses of parliament (neglecting the fact that poor old Guy Fawkes was just the fall guy who got caught). Fireworks were actually created by accident – I wouldn’t want to be on the tail end of that accident, would you?

In around 800 A.D. Chinese alchemists, whilst trying to find a recipe for eternal life, mixed together saltpeter, sulfur, and charcoal and alas create crude gunpowder. Once they realised this recipe was highly explosive they then went on to use it to banish evil spirits.

The birth of the rocket 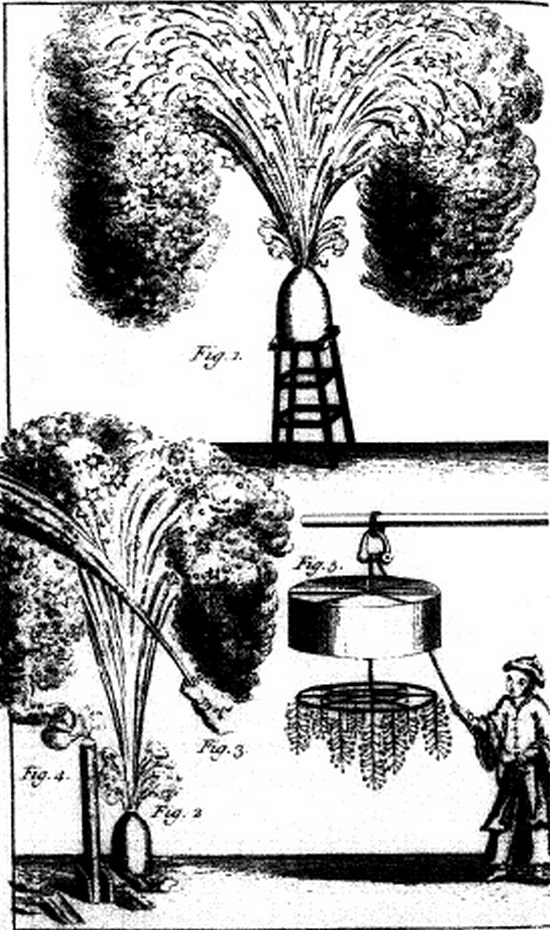 As ‘tis usually the way, religious connotations became linked with battle and once it was recognised that gunpowder was so imposing, it was put into bamboo shoots and thrown into fires to create loud bursts. Bamboo moved to paper and throwing into the fire migrated to incorporating fuses and by the 10th century the Chinese figured out gunpowder could make some really epic bombs, so they attached firecrackers to arrows and shot them at their enemies… 200 years later thus the birth of the rocket!

Gunpowder only became dominated by the west when we realised that we could put it into larger weaponry such as canons and muskets. Although the West can hold claim to the use of fireworks for celebrations. England rulers used firework displays to bedazzle their followers and the first recorded public firework display was for Henry VII’s wedding day in 1486. It then became a competition globally on who could have the largest and best fireworks display out of all the rulers; Russia’s ruler Czar Peter the Great of Russia becoming famous for his five-hour fireworks display to celebrate the birth of his son.

Fireworks reached Europe in 1295 by Marco Polo and during the 13th century to spread of gunpowder and its subsequent recipes increased around diplomats, explorers, and missionaries. Mainly for the use of weapons however in the West we retained the use of fireworks mainly for celebrations.

But would this be a blog about the origins of fireworks if we didn’t talk about the infamous Gunpowder plot?? The Gunpowder Plot was a failed attempt to blow up King James I and the houses of parliament on 5th November 1605. The organiser was Robert Catesby who wanted to end the persecution of Roman Catholic’s by the English Government. However, at midnight on 4th November 1605, Guy Fawkes, one of the conspirators of 1605 – see what I did there 😉, was caught in the cellar of the parliament building with the barrels of gunpowder after one of the conspirators’ brother-in-law ‘Lord Monteagle’ ratted him out. Guy Fawkes was tortured, dobbed everyone in and the rest is history!

Alas, Parliament established from 1606 that 5th November would become a day of public thanksgiving, which became the beginning of Guy Fawkes Day and Bonfire Night, as remembrance of the infamous Gunpowder plot.

Fireworks continued to develop and progress amongst all cultures; the Italians discovering the incorporation of other metals could create colours within fireworks for one. So, what has been thought for many years to be a ‘English Tradition’ is actually very multi-cultural. Mind-Blowing!