On Saturday 29th June 2019 the country will be showing their support to the men and women of the Armed Forces. From those currently serving, the troops families and veterans. Possibly even more poignant this year as having just celebrated the 75th Anniversary of the D-day landings. We were lucky enough to have seen part of the Normandy fly past over our office.

Dynamic Fireworks have a long standing relationship with many of the armed forces including displays for the likes of RAF Lakenheath, 2 Para Regiment Merville Barracks, 23 Engineer Regiment Air Assault – Rocks Barracks, Wattisham Air Base, HMS Raleigh, HMS Talent submarine pictured below and many more. 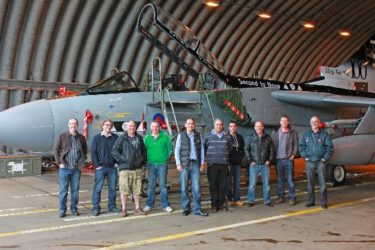 Our connection runs deeper still with NO. II AC Squadron (when at RAF Marham) now at RAF Lossiemouth, who made us honorary members of the squadron. For our work providing stunning firework displays celebrating the oldest fixed wing squadron’s 85th, 90th, 95th and Centenary anniversaries. With us being allowed the rite to have their crest appear on our company stationery, as you can see on our headed paper. (headed paper picture & signed photos) 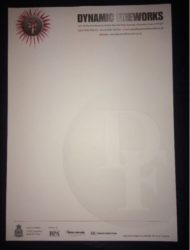 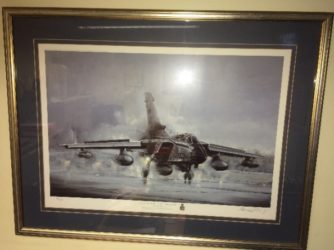 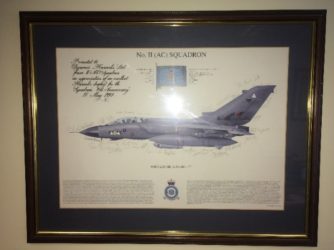 You may ask why we do this event? Well the support shown provides a great deal of morale boosting and also our appreciation for the sacrifices the troops themselves and their families left back on bases make to defend the UK and its interests. They are busy working all over the world, encouraging peace, transporting aid, tackling drug smugglers, providing security and fighting terrorism.

If you want to get involved you can go to direct to the Armed Forces Day Website where you can find information about hundreds of free events nationally, holding your own event to even posting a salute to the services via social media with Twitter, Facebook or Instagram using the hashtag #SaluteOurForces.

The nationwide event is being hosted in Salisbury, with many people, communities and organisations holding there over events to show support with party’s or other local events.

Want to be part of the celebrations, you can find events near you on the Armed Forces Day Events Page or if you want to organise your own local celebrations check out the Organise A Forces Event Page

We expect there to be lots of fireworks displays on the 29th June to enhance the celebrations. So if you want some fireworks to let off, we have some Don’t forget we are open all year round, and you can find our opening times and showrooms at our website.

Recommended fireworks for your celebration!